Skyders is a game similar to a game also known as Classic Tetris. It is a logic game where the player needs to fill in the rows in order to succeed (or gain score) by trying to fit in the different dropping figures. This game is built on C++ & SFML library. Although, it is quite simple, it is as good as the Classical One. It consists of features such as:

This game is made for the purpose of learning and it is as hookable as its relatives. It consists of simple mechanics and easy to grasp controlling system. There are only four buttons, which allow player to interact with the game. Abstracted input controls allow developer to add any control device with a little of work. 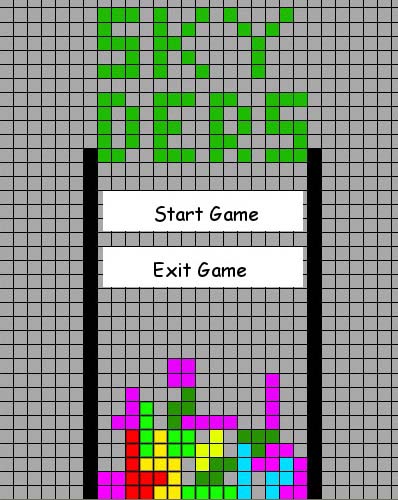 The game starts in an easy mode and gives some time for a new player to grasp the game mechanics, however, it becomes too simple for a professional fast. This is why it automatically increases difficulty later on. Skyders use retro animations and sprites and is fancy in its own way.

Silence in this game is made due to the reason that most of the time players gonna listen to his own music anyway. By not forcing him to listen to bangs and psshhsshhs, which are not appropriate for a retro game, Skyders leave room for his own creation of background noise.

TIP: in order to use source code, you gonna need to use SFML library.