The game created by me and my team fellows during the Game Jam 2013. There were only 48 hours to create the game, but we had to submit it after 44 hours. And this time included sleeping, tea brakes and everything else. It was exhausting, but rewarding. The game is made for PC/Xbox and features: 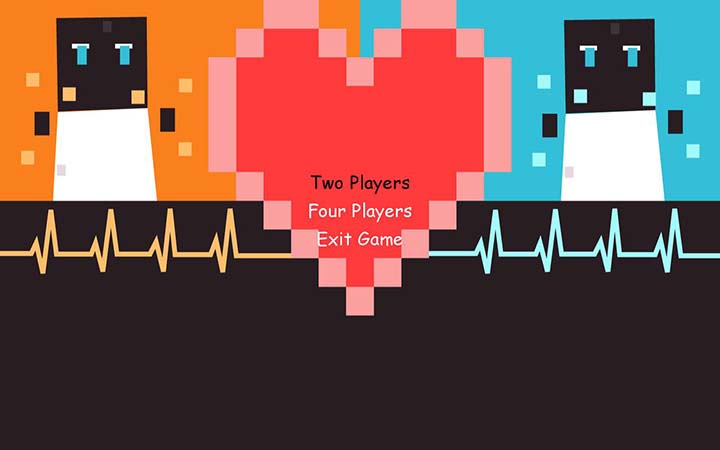 This is innovative race challenge, which gives you an ability to help a person, who is after a bad car crash and needs a heart transplant. You control a doctor, who has a power, which will help you in this journey. Depending on the doctor, you get a cooling or heating power. Use them wisely and help yourself in this adventure. But don’t forget your mission and duty of doctor.

However, it won’t be so easy to reach a patient. You have found a donor in deep mountains and valleys, who agreed to give away his own heart. Right now, there is no other choice, but to just go back through the same route to the patient. The time is ticking. And there are many obstacles, which will try to prevent you from accomplishing this mission, but you can’t surrender – you are a doctor.

Each time you play this game, it is different. The map is generated just for you. You won’t get the same map again. And the puzzles are spawned in new positions, so don’t blame yourself if you fail once. It wasn’t your fault. Good luck!

P.S. If you have XNA framework installed, you can play it instantly using the release build. However, if your computer system lacks it, install the game using “publish” folder. It will automatically download the needed framework.

View Source Code of the prototype, i.e. messy, but working.